Should you choose single or double glazed windows?

This may seem like a fairly easy decision for most because of the energy saving benefits available with double glazed windows. However, we’re not all in the same position and there is a place for single glazing in the UK.

Let’s start with the basics then. All new homes built in Britain come with uPVC double glazing. Why’s this?

Because with double glazing there’s the opportunity to save hundreds of pounds on a yearly basis. uPVC is also a lot cheaper for the frames than the other options such as hardwood and aluminium.

uPVC is ever-popular in the industry as it holds truly fantastic benefits such as its energy efficiency, weather resistance, durability and long life expectancy.

This hasn’t always been the case though and there are many homes around the country still with single paned windows. That’s why thousands of homeowners upgrade every year. Even those who already have double glazing installed are replacing their windows. This is because of the way technology has improved over the last 15-20 years and modern double glazing is a lot more efficient.

So if this is the case, why are there still homeowners opting for single glazed windows? On most occasions it comes down to the cost. Single paned windows, although less efficient than double glazing, are light years ahead of where they were a couple of decades ago.

There’s also another reason too though. For homes in Conservation Areas and listed buildings, single glazing is the only option. That’s mainly because double glazing isn’t permitted as it will change the exterior appearance of the property.

This is a massive headache for many homeowners who simply want to become more energy efficient and create a greener environment. But there is an answer and this is secondary glazing. Rather than replacing the full window unit, a second pane can be fit on the inside of the first, leaving a spacer in between.

Secondary glazing does help to reduce heat loss and ultimately will save you plenty of money in the long term. As with any improvements on these properties though, it’s always best to speak to the local council about what is and isn’t allowed.

No votes so far! Be the first to rate this post.

We are sorry that this post was not useful for you!

How Much Do Double Glazed Windows Cost in 2020? 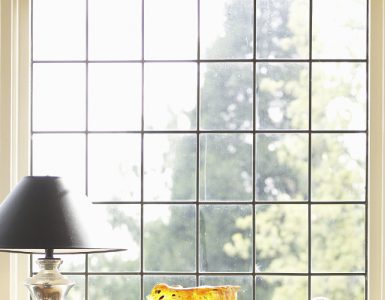 New windows can be a fantastic way to boost your property’s appearance, energy efficiency and value. If you’re considering installing new double glazing, one thing you need to do is make sure you know about window Building Regulations. Many...

3 Benefits to Tilt and Turn Windows

Do you find that your home or workplace gets stuffy when it’s warm? Despite our lack of good weather this summer, the Quotatis office has been rather hot and uncomfortable lately. What we could do with is some tilt and turn windows. They...

Aluminium Windows vs uPVC: Which Material is Best?

How Much Do Double Glazed Windows Cost in 2020?

5 Ways to Avoid Condensation on Your Windows

We use cookies to help give you the best experience on our site and allow us and third parties to tailor ads you see on this and other websites. By continuing you agree to our use of cookies.